Africa’s financial sector has undergone considerable growth for a decade in terms of depth, sophistication and regulation. However, the stages of financial development vary widely across countries and most have a long way to go to catch up with other regions worldwide. While South Africa was ranked as the 26th most developed financially economy globally in the latest IMF financial development survey of 2017, the tail end of the ranking was occupied by African countries – Comoros, the Central African Republic, South Sudan, Guinea Bissau and Equatorial Guinea. Banks dominate financial intermediation across the continent, with the notable exception of South Africa. Low financial inclusion is still a bottleneck for both economic performance and more rapid growth of the sector. Rural areas and low income groups are largely underserved, while SMEs highlight access to finance as a major constraint for expansion. Digitalisation and financial technology (FinTech) companies, however, are on the rise and the picture is improving. Rising public debt and banks’ preference for sovereign holdings have been crowding out the private sector in a number of countries. Moderation in economic growth since 2015 and increasing levels of non-performing loans (NPL) have also constrained private sector credit growth. Nevertheless, banking sectors across the continent have remained liquid, well-capitalised and among the most profitable globally.​

This report provides a complete and detailed analysis of the banking sector for Africa. EMIS Insights presents in-depth business intelligence in a standard format across countries and regions, providing a balanced mix between analysis and data. 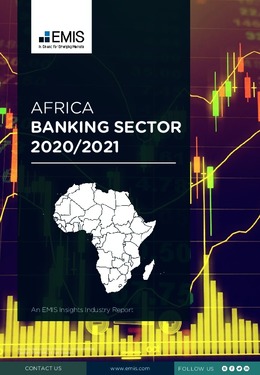