The number of mergers and acquisitions in Latin America and the Caribbean plunged by 27% in the first three months of 2020 to 321 transactions, as global markets were rattled by uncertainty related to the spread of Covid-19. With the exception of Brazil, deals in most major economies in the region took a heavy hit.

Brazil was the region’s saving grace — the country had a slight boost to its M&A scene, with deals up by 6% to 204, while value was almost flat at USD 7.2bn. The deal count was positively impacted by the insatiable appetite of venture capitalists who poured enviable amounts of funding into startups. 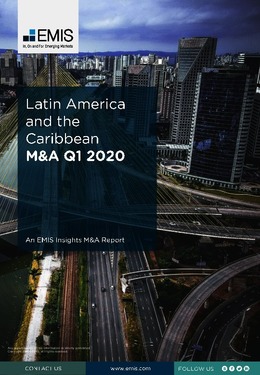