M&A activity picked up in the third quarter of the year, raising the overall number of deals in Latin America & the Caribbean for the whole nine-month period by 4% y/y. However, much smaller transactions were announced in Q3 after the pricy acquisitions from the first half of the year, and the quarterly value of agreed transactions dropped significantly to USD 11.3bn despite the uptick in the deal flow.

China has invested USD 5.6bn in Latin America so far this year - USD 200mn more than in the same period of 2017 and some 70% more than the second biggest foreign investor, the US. The latter however still holds the top spot in terms of deal count. 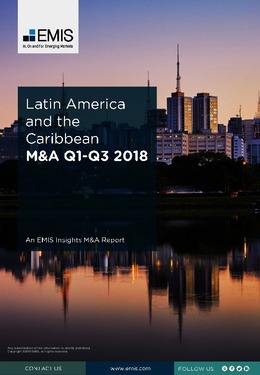